‘ Stein’ is a misnomer when you consider the real meaning of this word of German origin. The word ‘stein’ is a short form of the German word ‘Steinzeugkrug’, meaning ‘stone jug’. Now the word stein is used for any kind of vessels that are used to drink beer from. It can be made of silver, pewter, porcelain, wood, pottery, glass or it can be stoneware itself.

The initial beer steins were mugs without lids. But the great black plague that affected Europe in the 14th century forced the Europeans to be extra careful about hygiene. The hoards of flies that infested Europe during the fag end of the 14th century made it necessary for them to cover all the things that are to be consumed. This included beer also and by 1500 a law was passed to the effect that the beer steins should possess lids. This is the origin of lidded beer steins.

The Germans’ partiality towards the beer is world famous. So are their beer steins. It was a mark of prestige for a German to possess a personal beer stein. Most of them used pewter steins and the well-to-do citizens used silver steins. The people of economically lower class used wooden containers or earthenware to drink their beer.

But wood and pottery being easily perishable materials, could not be used for long. Besides, these absorbed the liquor and emitted bad odour after a few uses. All these made it necessary to search out a material which is affordable and durable. 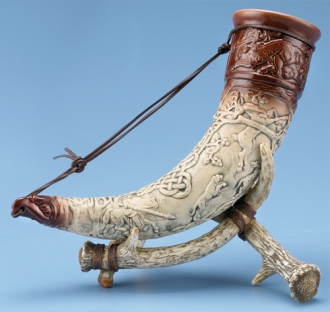 Experiments with pottery conducted during the renaissance period yielded porcelain which is hard like stone and not porous like pottery. The renaissance artists were deft enough to decorate this new-found material with marvellous designs and glazes. As a result the porcelain beer steins held designs and scenes from history and mythology. After the World War II, a real revolution was brought about in the relief of the beer steins.

Now the beer steins are made in different forms and designs. 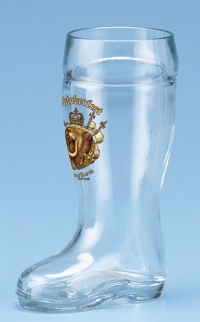 The Saxon drinking horns are also replicated by the porcelain artists. Now beer is consumed from a variety of vessels of various shapes and forms. The character steins came into fashion during the first half of the 20th century. There are glass, pewter and porcelain mugs. Beer steins with hinged lids are now antique pieces worthy of collection. Some of these vintage products are very expensive because these are rarely produced now. They are replaced by less expensive glass mugs. 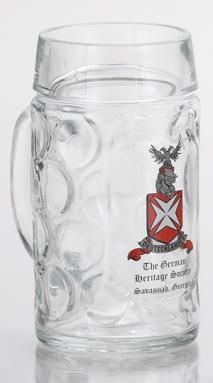